Imagination has been the gateway to our own self-directed evolution, creativity, inventions, and the advent of the information age.

It begins when we are children.  We start reading and learning and seeing the world around us, but we are exposed to a broader world at the same time.  Our minds are so open to new ideas, new ways, new perspectives, it is during this time that we begin to develop the power of imagination.

This power will lead us to varied and unique places.  Some of us use our imagination to create worlds, alternate realities, art and other fictions.  We become writers, painters, illustrators, television and film creators.

Some people see needs in this world in a wholly new, never-before-imagined way, and they set about creating it.  They use their imagination to create cures for disease, rockets to Mars, incredible skyscrapers and other wonders.  They become doctors, scientists, engineers, inventors, architects, landscapers and more.  They use their imagination to expand our world in ways never done before.

Just a hundred years ago cars were still few and far between.  Telephones only worked via miles and miles of wiring.  Airplanes could not fly across the ocean at regularly scheduled intervals.  Computers were naught but ideas in fantasy stories.  We could not instantly contact someone on the other side of the world. 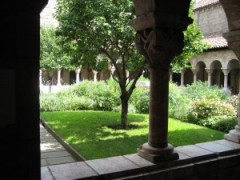 Every single innovation over the past century came about via imagination.  Someone imagined this notion, and then believed they could make it manifest.  And in time…they have.

While it is unknown if other animals on this planet imagine, certainly none have been endowed as we have with the ability to not only imagine it, but to create it.  Beyond simple things like shelter and hunting and gathering, we can do anything we set our mind to doing.

Two hundred years ago, the idea of man-made satellites orbiting our planet was utterly unthinkable.  The notion might have existed only in pure fantasy, but nowhere in reality.  And yet, here we are, connected across our globe by an immense network above us. 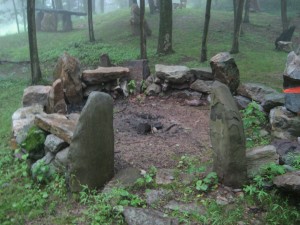 If necessity is the mother in invention, then imagination is its grandmother.  Because without the ability to imagine it, we could not invent it.

“Nothing is impossible. Not if you can imagine it. That’s what being is a scientist is all about.”  – Hubert Farnsworth, Futurama.  Maybe this is from a cartoon, but the sentiment is NOT mistaken.  Science takes imagination and works to make it part of our reality.

Society has become so focused on trivial matters, we neglect the things that develop our imagination.  Schools take away funds for the arts in favor of mathematics, sports, standardized tests and hard-data science without wonder.  Even movies are less and less original, and more “re-imagined” notions of past story ideas.

Creativity is kept in check in favor of blending everyone together.  But one of the most incredible wonders of our world is our ability to imagine, and from there, to create.

We need to encourage our children to explore their imagination.  We need to develop their minds to think critically, to see the world for all its wondrous possibility.  And of equal or greater importance, we cannot as adults let our imagination die.

We have to allow ourselves to imagine, to dream.  We have to work to make the world how we want it to be, and not get caught up in the mundane trappings.  Imagination and creativity go hand in hand.

Everyone imagines.  We need to remember that, and rather than stamp it out or ignore its importance, focus on using our imagination to make our personal corners of the world a better place.

It starts small.  But using imagination can go a very, very long ways.

“Happiness is not an ideal of reason, but of imagination.” – Immanuel Kant

I am MJ Blehart, your imagination, ingenious, interesting impresario of “Wednesday’s Wondrous World”.  Every week I share a wonder of this amazing world, and I hope you will enjoy the journey with me!

Check out my blog, The Ramblings of a Titanium Don, for more of my work.