I decided they needed some time outside for fresh air and so I did not grant their wish.  In mid-war with the whining dogs and I, I went upstairs to eat an orange and decided to open the kitchen door for them to enter as they wished.  I did this silently and secretly.  I thought that their K9 sensory would instinctively kick in and they would realize the door was open, but alas, I

came back downstairs to the bitter sweet picture of puppy dog eyes and frowns still at the glass door.  This now became a test.

A few minutes passed until Freddie decided to give up and go explore elsewhere.  Nearly a minute later, I spotted his unkempt mustache peaking through my bedroom door, now from inside the house, with a hesitant look on his face.  It was comical to watch him reveal himself to Bundy who was still whining outside.  Bundy must have wondered what kind of magic Freddie had been dabbling in.  I was delighted that Freddie discovered the prize that waited for him: The Secret Open Door!  But the real test now was Bundy’s smarts and allowance, as he remained in puppy pain.

I thought about what it may take for Bundy to realize there was an open door, as he watched his best friend relax in his destiny.  I wondered how long it may take for him to stop fixating on the seemingly unattainable desire that he had engrossed himself in.  I contemplated when he would realize that there were more paths than the one he currently knew of to get where he wanted to be.

After enough suffering, Bundy made a grunt, and just like Freddie – gave up.  He trotted up the stairs that ascend the backyard and made his way to the next level of the house with a plan to most likely hassle the magpies that soar above him.  But his plans took a drastic change when he finally found: The Secret Open Door!

This story is silly and simple, but there is a profound lesson within it.  How often do we ask, ask, ask, and ask, 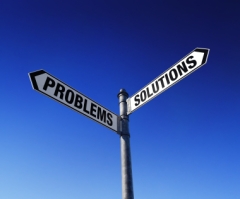 but spend so much time focusing on our asking that we cannot align with and enjoy our answer?  We become so acutely focused on “needing” that we cannot experience that “need” being fulfilled.  It is an energetic impossibility to experience something, when we are fixated on it’s opposite.

Throughout the years, religious, self help, and spiritual texts have all taught this truth:  Ask and it is given; Ask and you shall receive.  The truth of this statement is no exaggeration; it has proven to be true for myself, Bundy, and nearly everyone I know.  In fact, it’s almost too good to be true, so it sounds menacing to some.  But life can be too good to be true, if you let it be.  And that’s the vibration we need to adopt into our being if we want to reap the benefits of miracles.  Will you continue to interfere and tamper with that which has arrived, or allow what waits beyond what you see?

Bundy retaught me something today.  Believe in things before you see them.  Literally—Ask, trust, and give it up.  This is the principle of non-attachment or non-resistance (written in more simple terms) and it works!  If you harp on a topic for too long, you’re slowing the perpetuation of its evolution into physical reality.  Instead, trust that things are flowing and swim in the pool of possibilities of where you could be taken in any moment.  The All Attractive Universe knows everything you want and you do not have to keep tally of it anymore.  You generate an energetic idea of your heaven each moment you live, and it is felt and known within the cosmos – a place where all potentials exist.  It’s there, continually available for your alignment with it. 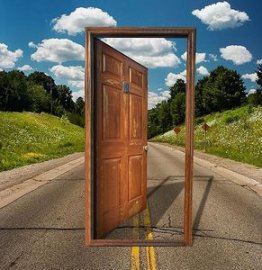 Your wants will likely arrive in a way you least expect them to—trust the wise ways in which the Universe grants your asking.  It not only grants your asking, but simultaneously teaches you, stretches you, and moves you into your Ultimate places.  All the magic details will be included for you; your only job is to believe in magic.

Know that there are Secret Open Doors for you, you just need to stop whining at the ones that aren’t opening.