Another excerpt from Teal Scott:

I spent the better part of this morning out of body.  There is a space in between awake and dreaming, when you begin to un-phase with this physical dimension.  Your limbs go numb and begin to tingle.  They call it entering the “vibrational stage”.   I do not even pass through this phase when I am using my consciousness to switch my vibration.  Which is natural when you spend so much time out of body that the transitions between one dimension and another are no longer discernible.  I think it makes it rather more difficult though to feel the “realness” of this life I’m living here.

I was called out of body by an “urging” (rather than a voice or a being appearing visually to solicit my presence).  An urging is a calling that comes through 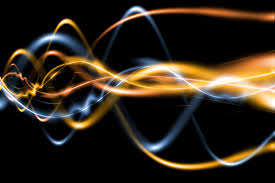 From there, my consciousness stream pulled me straight down to a maternity ward in Sierra Leone.  Like so many maternity wards in other countries, the ward was just a row of beds lining each wall of the room.  Most of the beds occupied by women in various stages of labor; and sometimes a relative or family member here or there trying to help a woman to cope with their pain.  The fear in the room is palpable as women who are in the beginning stages of labor, watch and hear women who are delivering their babies yell and cry out in agony.

In this ward, there was a thought form (what many call a soul) that was still being fed by a stream of source energy, but that was no longer feeding into the body of a 12-year-old girl that was lying in a bed, having just delivered a baby.  Her body was bleeding out.  She was disoriented (common for beings having their first out of body experience during a trauma).  I explained to her where she was and what was happening.  Time is often suspended or distorted when you are out of body, so a conversation that would take hours here, can take place in a matter of seconds (even in the time it takes to jump start a human heart).  She watched her body on the bed and the body of her still born child with me while deciding whether to withdraw from this life or to re-activate the body with her consciousness.  She explained to me that she had slept with a boy near where she lived who was older than she was and that he had moved to the city to get a job and make a success of himself, but that she was the disgrace of her school and her town because she had gotten herself pregnant.  She was living with an aunt who had brought her to the hospital when she went into labor.  Her aunt was standing near the bed that the girl’s body was lying in.  She was crying as a commotion of nurses and doctors were trying to stop the incredible amount of bleeding and bring her niece back from having gone unconscious.

I projected my energy around the “soul” of the girl so as to comfort her.  After a long while, she decided to stay because she wanted to be a teacher.  And so, I asked her to focus on pushing air into the lungs of her body.  Then, I did what I so often do to help people stay physically alive… I assume the frequency of their energy field and force myself in through the brain stem, so as to activate the part of their brain which is in charge of breathing (and other autonomic functions like the heart beat).  This allows them a channel back into their body.  When her consciousness stream activated the channel I had created, I began to pull back slowly (making sure that she had taken over and activated enough to bring the full function of her nervous system back).  I watched her breathe on her own.  I watched her bleeding slow to the point where I could be sure that she would wake back up to the physical dimension soon and then, I followed the current of energy (often called the silver cord, which represents your attachment to you physical body) back to the mesosphere.

like to do so much from that high up).  I located my house and dove in through the brick exterior of the home and watched my own body in bed for a while.  I was hesitant to go back in because in all honesty, coming back into the body is somewhat painful.  You feel the weight of gravity pull at the marrow of your bones, you feel the tension in your body all at once and you have to re adjust to the feeling of being in a kind of flesh cage, which is difficult to move at first.  Re-phasing is not my favorite thing.  Anyway, I went to pet my dog and my arm went through his fur and body (like it so often does when we are observing and trying to interact with the third dimension from the fourth dimensional perspective).  It woke him up.  I re-joined my body and woke up quickly.  It gave rise to a short sensation of panic.  To get back into a good mindset, I turned off the fan in my room, sat against the wall and breathed myself into a meditative state.

The meditative state is my favorite state to paint in.   I often feel a creative inspiration from that space.  Today was no different.  I was inspired to begin on a painting I have been putting off for a few months now.  It is the frequency of gratitude.  I always get nervous when I am about to paint a “hallmark vibration”.  By hallmark vibration I mean the vibration of something that is central to the new age and spiritual world; such as gratitude, joy, peace or love etc.  It feels like there is more riding on the performance.  I finished the base drawing for the painting in two hours.  Afterwards I felt accomplished and full of energy… enough energy to complete a session of the “insanity workout series” with Graciela and Melanie on the back porch of my house.

I have been helping people transition through out of body experiences induced by trauma since I was four years old.  It is very difficult sometimes to see so much suffering, but it is some of the most meaningful and rewarding work that I do.  It is especially fun when people who have been obsessing about wanting to know who helped them while they were out of body, recognize me from my videos.  They come to my workshops sometimes just to see me again.  It feels like a reunion.  Most of them cry for a long time while I hold them.  We share a connection that is beyond the limited understanding of this temporary life.

I’m packing today for a 4-day trip to the middle of the Escalante wilderness desert.  I’m bringing a computer so I can sit on a lookout that is high enough to receive a signal and bring you (the reader) along for the trip.  Removing myself from my usual life to wander into the untouched wilderness, reminds me of the bigger picture.  It is like a vacation from the limit of my usual thoughts and activities.  It is restorative.  It forces you to find yourself and re prioritize

Teal Swan ,”The Spiritual Catalyst” is a well known Esoteric,

Extrasensory who writes and speaks publicly about spirituality, the meaning of life, God, The Higher Self and the road to health and happiness. Teal is part of the first 1980s wave of indigo children.

3 thoughts on “The 4th Dimension:Thoughts on Vibrational Shifting from Teal Swan”