It has a lot of different names, but it is something you find in almost every home around the modern world.

Since the 1950’s, television has been one of the prime sources of information (real and false), entertainment, mind expanding, mind numbing, babysitting, focus and distraction.  TV offers us a chance to see images from around the world, more-or-less instantaneously, and has fundamentally changed the lives of the first world.

It began largely as a source of information, following on the heels of newspaper and then radio.  From print to audio to the whole audio/visual package, television broadened the world while simultaneously bringing it closer to everyone.

There used to be a handful of channels and options to tune into.  Then that number expanded, sometimes exponentially.  Nowadays you can have dozens of different options, programming around the world, different time zones, different focus.  You can watch news, sports, reality and fictional programs, movies, and nearly anything else you can think of.  Twenty four hours a day, seven days a week, so long as there is power.

Television has served as background like white noise.  TV is the focal point where some families gather round to spend time together enjoying the programming. 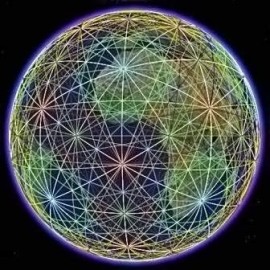 The actual device has changed tremendously over the years.  From a large, heavy box that consumed tremendous amounts of power and took a lengthy time to get warm and show its images to the modern, flat screen, side-lit and back-lit LED that is inches thick, weighs almost nothing and turns on instantly.  The two devices side by side seem hardly to be nothing more than distant relatives of one another.

Certainly with the vast number of channels and diverse program choices it can be argued that television is unhealthy.  But I think, like pretty much everything else, consumed in moderation TV is perfectly fine.

However you might personally feel about this particular source of media, television is undeniably a wonder of our wondrous world.  It is still for many people the primary source of information and entertainment, and will undoubtedly remain a part of the lives of people around the world.

I am MJ Blehart, author of “Wednesday’s Wondrous World”.  Every week I share a wonder of this amazing world, and I hope you will enjoy the journey with me!

Check out my blog, The Ramblings of a Titanium Don, for more of my work.